Respect is the key to closing the gender pay gap

In April 2018, all UK companies with 250 or more employees were required to publish details of their gender pay gap data on a government website. More than 9,000 companies calculated their gender pay gaps (the percentage difference between average hourly earnings for men and women) and published the data on the site, and the results revealed an unsettling picture.

Of the companies who submitted data, 78% paid men more than women. It was also revealed that men take the majority of high paid jobs in the UK, and there is no sector where women are paid more than men.

It is important to understand at this stage that the gender pay gap is different to equal pay. Equal pay has been a legal requirement for 47 years, and it states that men and women doing the same job should be paid the same. This applies to all employers, no matter how small.

Despite legislation and pressure from government, this inequality in pay is still very apparent in many sectors. Take, for example, the fact that no female athletes appeared amongst the top 100 highest earners on the Forbes list in 2018. Or that the highest paid actress of 2018, Emma Stone, earned less than half that of her male counterpart, Mark Wahlberg.

The UK government’s idea behind revealing gender pay gap data is to encourage blue chip companies to develop a culture of equality. Ultimately the government wants employers to see this as an opportunity to address the productivity gap, as tackling workplace inequality could help millions of women into work and will allow them to reach their full potential.

Britain has always had a culture of not talking about salaries between employees, and this has allowed the gender pay gap to widen.

Chris Sultman, Managing Director of CDS Recruitment which specialises in recruitment to the technical, engineering and scientific sectors, believes this inequality can be traced back to education.

“I believe that the culture of equality, gender and pay needs to be dealt with in the early years. School children develop opinions from their peers, and we need to educate that, no matter what their gender, race or religion, we should encourage everyone to plan for careers they love, not linked to traditional gender roles, and salaries should be determined according to job descriptions.
“Projects in schools to encourage more girls in STEM subjects (science, technology, engineering and maths) are a great way to begin this process at an early age.

“Engineering in particular, is still a male dominated industry, so it is crucial to open up career options to girls as early as possible to ensure that this industry doesn’t continue to fail to realise the potential of women in the sector. Not only would it be a huge leap forward in terms of culture and diversity, it would also go a long way to close the skills gap that the UK is currently experiencing.”

Whilst companies cannot be punished for reporting a wide gender pay gap, the recent spotlight on pay equality has been damaging for the reputations of badly performing businesses.

And its not only bad PR that companies should be worried about. Figures from the Organisation for Economic Co-operation and Development (OECD) indicate that closing the gender pay gap would boost UK women’s pay by £90 billion per year and add £150 billion to the UK economy.

Get in touch to find out more about how we can help you. 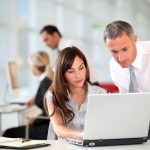 What are the benefits of upskilling your employees?

Benefits of Using a Specialist Recruiter to Find Talent 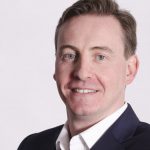 Reflecting on an unprecedented year